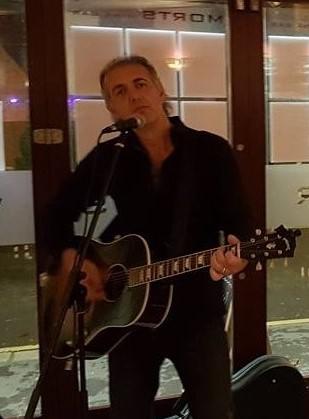 It’s March, it’s nearly spring whatever the weather, and Friday Night live music is back at the Turfcutters Arms!

In the nineties, Jan was part of Barry Ryan’s band, performing in Germany in sixties and seventies shows. Barry and his brother Paul had a worldwide hit in the late 60’s with ‘Eloise’. Jan also fronted a Mersey tribute Band -The Mersey Echoes performing across the UK..

Today Jan S is busier than ever and is playing bass guitar for The Marmalade who had many hits in the early to mid 70 s again taking him all over the UK and Europe. In addition to this Jan performs his solo acoustic set of predominantly 60’ s and 70’s songs, with more contemporary Britpop covers thrown into the mix.